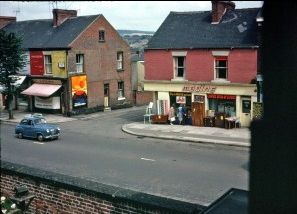 Richard Madin joined the family music business, Madin’s Music, in Chesterfield, in 1980 after studying horn at the Royal Northern College of Music. He studied electronic servicing whilst learning the trade with service engineer, Rodger Tingle.

The family business was established in 1916 by Richard’s Grandfather, mending mangle rollers. The business grew into a general furnishers shop, and in the 1950’s Richard’s father, John Madin took over the running of the shop. Having been a well known theatre organist, he naturally introduced the first Yamaha organs in the 1960’s, with models such as the B2 and B4 – (some of which are still around and serviced occasionally by Richard!). As organs became more popular in the 1970’s the name was changed to Madin’s Organ Centre. With the introduction of electronic keyboards and digital pianos, organ sales began to decline, with the loss of big names such as Wurlitzer, Gulbransen, Baldwin and Conn, and so the name was changed to Madin’s Music to reflect the wider range of instruments and services offered.

In 1997 the business sadly closed, although the shop in Chesterfield remains a thriving music shop and teaching centre in the hands of Jim Palfreyman and George Woodhead- now known as Palfreymans Music.

It was at this time that Richard drew on his years of experience in servicing and established RM Electronic Services, based in Nottingham, providing service and repairs to most types of electronic musical instruments in the East Midlands. Over the years Richard has built up a good relationship with music shops, manufacturers, schools, colleges, churches and private customers.

RMES is ideally located to cover a wide area, including Derbyshire, Leicestershire, Lincolnshire, Nottinghamshire, Staffordshire, Yorkshire, Shropshire, and the West Midlands. Richard spent 15 years as part of the team of engineers in the service department at Yamaha Music UK in Milton Keynes, and regularly carries out warranty work for Yamaha, Roland, Rodgers, Kawai, Casio and several music shops. Distance is not a problem – Richard was once flown out to Spain to repair a Clavinova.

Richard is a freelance horn player, and regularly plays with The British Philharmonic Concert Orchestra, Nottingham Philharmonic Orchestra, Lincolnshire Chamber Orchestra, South Yorkshire Symphony Orchestra, Heart of England Orchestra, and has played for many Opera and Musical Shows. One of the highlights of his playing career has been playing in the West End Theatre Orchestra for four consecutive years in Larnaca, Cyprus, for performances of The Sound of Music, Cats, Oliver and The Wizard of Oz.